About the Interim Dean 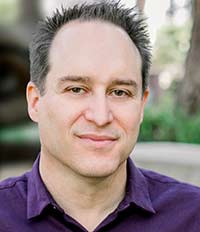 Kite is the recipient of the 2018 Joel Hirschhorn Award from the Los Angeles Drama Critics Circle, for distinguished achievement in musical theater. He is a Los Angeles Ovation Award winner for Best Direction of a Musical for his production of Spring Awakening and was again nominated for his productions of Les Misérables and American Idiot. He directed the national tours of Judgment at Nuremberg, In the Heat of the Night, The Graduate, and Pride and Prejudice for L.A. Theatre Works, and staged the first production of Miss Saigon to ever play in China when his show closed the Macau International Music Festival. He also directed Top Secret: The Battle for the Pentagon Papers, starring Margaret Colin, which toured throughout Mainland China. The production was the first U.S. production of a play at Beijing’s National Center for the Performing Arts (NCPA). In 2018, he staged the South China premiere of David Lindsay-Abaire’s Rabbit Hole in Mandarin at the Guangzhou Dramatic Arts Center in Guangzhou, China. He helmed a production of Cabaret in Bermuda under the patronage of the Queen’s Governor and directed Tennessee Williams’ The Glass Menagerie at The Actors Co-op in Hollywood. His work with actress/writer Michelle Azar, From Baghdad to Brooklyn, premiered at the United Solo Festival in New York City in 2017 and continues to tour nationally.

Other credits include the live radio recordings of David Mamet’s American Buffalo, David Rambo’s The Tug of War and Ayad Akhtar’s Disgraced. He directed the Los Angeles revival of Archibald MacLeish's J.B., and the West Coast premiere of Václav Havel’s The Beggar’s Opera. In addition, he directed the Philadelphia production of Glenn Wein’s Grandma Sylvia’s Funeral and worked with Tony Award-winning director Daniel Sullivan on Geffen Playhouse’s production of Hedda Gabler, starring Annette Bening. He directed more than 20 productions during his tenure as director of theater programs at New York's French Woods Festival, a position he held for more than seven years.

Kite is a chair emeritus of the Board of Governors of the L.A. Stage Alliance, holds an appointment as a visiting professor at the Shanghai Theatre Academy and is the artistic director of the award-winning Buffalo Nights Theatre Company.