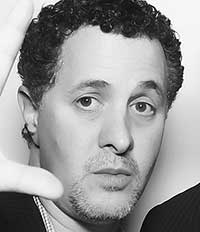 Maynard collaborated with Jason Robert Brown on a new, revised version of 13, and directed a musical half-hour pilot presentation, Rated P for Parenthood, for ABC. He is most proud to be a founding member of UCLA Alumni’s Buffalo Nights Theatre Company, for which he has directed, produced or acted in more than 15 productions.

Maynard’s other acting credits include appearing in the first national tour of Lost in Yonkers; and on episodes of TV’s Buffy the Vampire Slayer, The Fresh Prince of Bel-Air and Diagnosis Murder.

He previously taught musical theater at USC School of Dramatic Arts and directed the university’s 2015 production of Grease. He currently runs the theater program at Los Angeles’ Mirman School and teaches private acting classes throughout the city.

Maynard is the recipient of a Drama-Logue Award for The Firebugs; a Backstage West Award for The Apollo of Bellac; and LA Weekly’s Revival Production of the Year award for Modigliani.

He earned his B.A. in theater from the UCLA School of Theater, Film and Television.