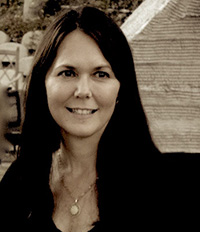 Elisabeth Seldes Annacone was born and raised in New York City, and got her first job on the National Public Radio show All Things Considered. Her early film industry experience includes four-year stints working as Oliver Stone’s assistant during the production of Wall Street, Talk Radio and Born on the Fourth of July; as a development vp for Francis Ford Coppola during the filming of Dracula, The Secret Garden and Buddy and White Dwarf; and as a senior vp at MGM, overseeing such films as Moll Flanders, Mulholland Falls, Get Shorty, and the acquisition and release of Two Days in the Valley.

After the release of the film, she turned her attention to writing, and her script Yes, Bub won the Nashville Film Festival scriptwriting competition in 2014; her screenplay Places, Please won the Howard J. Green award for Screenwriting; and Back in a Flash received an honorable mention at the Women’s Indie Film Festival in Los Angeles. Previously, she was hired by FX to write Covet for George Clooney and Grant Heslov’s Section Eight, with Nicole Holofcener directing.

Annacone wrote and directed The Changing Room, a short that is currently on the festival circuit. She is also developing an anthology series called Princesses Behaving Badly at Peter Chernin Entertainment.

Annacone received her B.A. from Skidmore College and her M.F.A. in screenwriting from the UCLA School of Theater, Film and Television. She has previously taught at Pepperdine University.