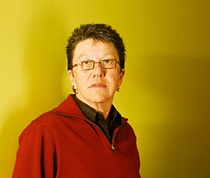 A past editor of Theatre Journal, Distinguished Professor Sue-Ellen Case has published widely in the fields of German theater, feminism and theater, performance theory and lesbian critical theory. She has published more than 40 articles in journals such as Theatre Journal, Modern Drama, Differences and Theatre Research International, as well as in many anthologies of critical works.

Her books include Feminism and Theatre (1994; revised 2008 and translated into Korean, Turkish and Arabic), The Domain-Matrix: Performing Lesbian at the End of Print Culture (1997), Performing Science and the Virtual (2006) and Feminist and Queer Performance (2009).

She has been granted the Lifetime Achievement Award by both the American Society for Theatre Research and the Association for Theater in Higher Education. Case has served as a senior Fulbright scholar at the National University of Singapore, the Eugene Lang Professor for Social Change at Swarthmore College, and in residence at Stockholm University and the University of Warwick.

She attended the Conservatory of Music at University of the Pacific; received a B.A. and M.A. from San Francisco State University in an experimental program of uniting the Humanities; and a Ph.D. in Dramatic Arts from UC Berkeley.