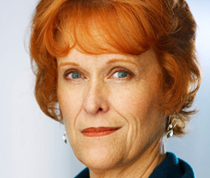 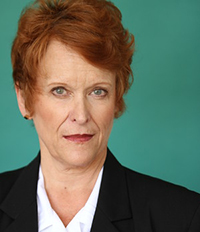 Linda Kerns has been a working actress and singer for more than 40 years. She made her Broadway debut in the original cast of Nine: The Musical. Other theater credits include Big River (Broadway) and the national tours of Les Miserables, Wicked and Beauty and the Beast. She has lent her voice to many films, including The Legend of Mulan, Home on the Range and Enchanted, and her screen work includes roles in, among others, Titanic and Mrs. Santa Claus, starring Angela Lansbury.

Kerns is also an accomplished director and music director. Her work in these areas includes directing productions of The Man Who Came to Dinner, Going to St. Ives, Pride and Prejudice, I Do, I Do!, The Fantasticks, The Triumph of Love, The Traveling Lady and the world premiere of Matthew Goldsby's Makin' Hay for the Actors Co-op. She was the musical director of productions of Side By Side By Sondheim, Big River, Little Shop of Horrors and The 1940's Radio Hour.

Kerns was a voice major and piano minor at Temple University and is a graduate of New York’s American Academy of Dramatic Arts. She has been teaching Singing for the Musical Theater at UCLA TFT for almost 20 years.