The Sundance Institute's NEXT WEEKEND at UCLA TFT 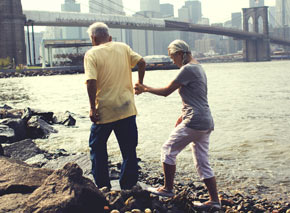 On Sunday, Aug. 11, UCLA TFT welcomed the Sundance Institute’s inaugural NEXT WEEKEND to the Billy Wilder Theater at the Hammer Museum with a 7:30 p.m. screening of award-winning filmmaker Zachary Heinzerling’s documentary “Cutie and the Boxer.” Earlier this year, Heinzerling took home the directing prize for a U.S. documentary at the 2013 Sundance Film Festival.

As a cultural collaborator with Sundance, UCLA TFT was one of four Los Angeles venues to host screenings on the final night of the Aug. 8-11 summer film festival, which presented screenings, parties, panels and workshops and celebrated the renegade spirit of independent filmmaking. Other venues included American Cinematheque at the Aero Theatre, Cinefamily and The Museum of Contemporary Art, Los Angeles (MOCA). 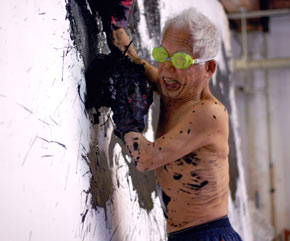 A reflection on love, sacrifice, and the creative spirit, this candid New York story explores the chaotic 40-year marriage of renowned “boxing” painter Ushio Shinohara and his artist wife, Noriko. As a rowdy, confrontational young artist in Tokyo, Ushio seemed destined for fame, but met with little commercial success after he moved to New York City in 1969, seeking international recognition. When 19-year-old Noriko moved to New York to study art, she fell in love with Ushio—abandoning her education to become the wife and assistant to an unruly, alcoholic husband.

Over the course of their marriage, the roles have shifted. Now 80, Ushio struggles to establish his artistic legacy, while Noriko is at last being recognized for her own art —a series of drawings entitled “Cutie,” depicting her challenging past with Ushio. Spanning four decades, the film is a moving portrait of a couple wrestling with the eternal themes of sacrifice, disappointment and aging, against a background of lives dedicated to art. 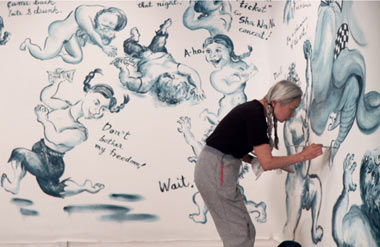