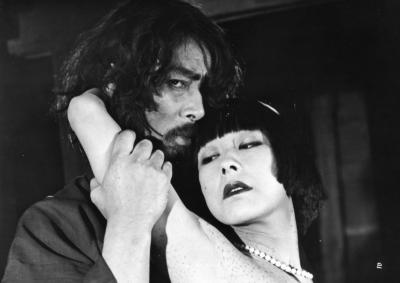 Named the best film of the 1980s in a poll of Japanese film critics, Zigeunerweisen (1980) takes its title from a recording of violin music by Pablo de Sarasate. The piece haunts the film’s two main characters: Aochi, an uptight professor at a military academy, and his erstwhile colleague Nakasago, who is now a wild-haired wanderer and possible murderer. The movie’s plot is a metaphysical ghost story involving love triangles, doppelgangers, and a blurred line between the worlds of the living and the dead. “Underlying the teasing riddles,” writes film critic Tony Rayns, “is an aching lament for the sumptuous hybrid culture of the 1920s that was swept away by the militarism of the 1930s.”