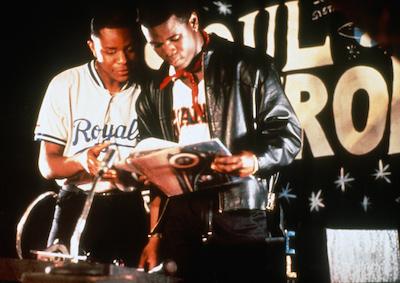 Winner of the Critics’ Prize at Cannes, British visual artist Isaac Julien’s fiction feature debut plunges us into the cultural cauldron that was London circa 1977. Pirate DJs, Chris and Caz spin soul from a van in East London setting the beat to a youth scene of Teddy boys, punks and skinheads bristling with racial and sexual tensions. When a friend is murdered cruising the local park, Chris and Caz are jettisoned in different directions as they each seek their own place amid the flux.