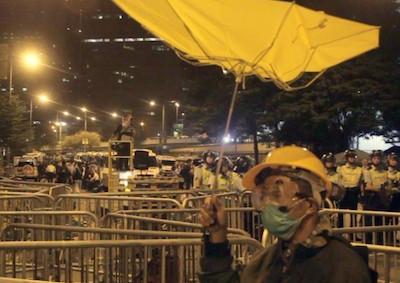 In 2014 tens of thousands of Hong Kong residents took to the streets in the Umbrella Movement, among them a group of students who occupied major roadways for 11 weeks. Filmmaker Chan Tze-Woon was both participant and witness, creating a deeply personal document of student protesters at street level. This program will include introductory remarks and a post-screening discussion with UCLA professors Robert Chi, CK Lee and Yan Yunxiang.

A Sunny Day (to be confirmed) (Hong Kong/Netherlands, 2016), directed by Ying Liang