XR in the Arts and Humanities 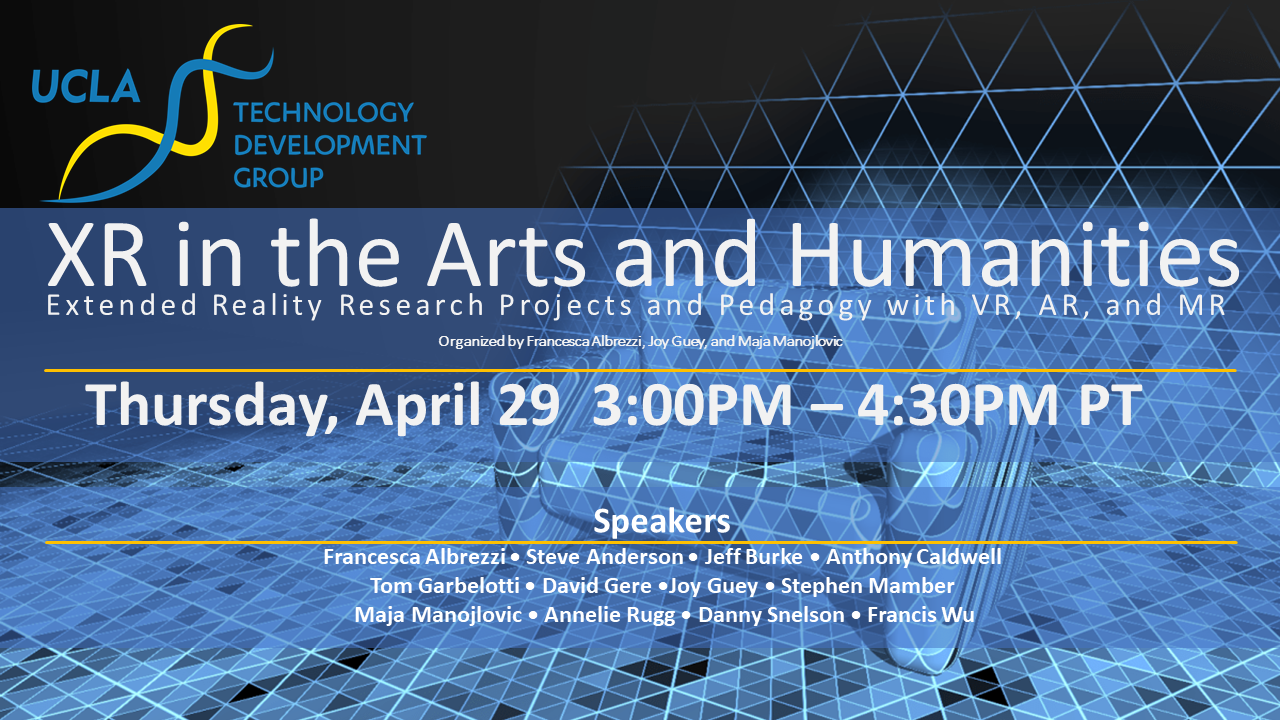 This webinar showcases the UCLA XR Initiative (XRI), and projects by its associate faculty in the Arts and Humanities. Working with XR technologies of virtual (VR), augmented (AR), and mixed (MR) realities, their work spans research, performance, app development, and classroom pedagogy. Individual speakers and teams will give lightning talks on the following topics:

• Teaching app for the research of 3D films in VR
• Creative VR projects designed to catalyze reflections on a diverse UCLA campus community, and individual stories by people living with HIV
• Architectural reconstructions of historic Theaters in Downtown LA with AR
• Experimental multimedia performance with MR
• VR app concept for writing in a 360 space
• Classroom pedagogy with VR

Audience attending the webinar will have an opportunity for a Q&A with the speakers, while those unable to attend can view and interact with the projects in Mozilla Hubs.