A History of Working Girls on Television 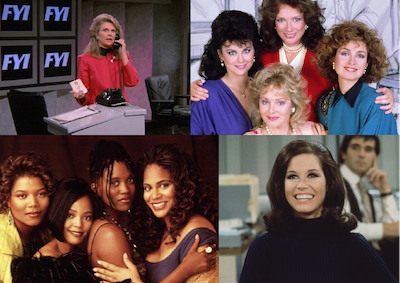 A History of Working Girls on Television

Change into your comfy “walking to work before you put on pumps” sneakers and come with us on a journey through one of the most significant, prolific and underrated mediums to explore women within the workforce: The Great American TV Sitcom. From Mary Tyler Moore to Veep, TV has served as home to a diverse range of stories and voices often untold on film. The vastness of fillable airtime has fueled TV’s ability to break ground, take risks, and show women in the workplace in a new, more nuanced light. That’s not to say it’s been sunshine and candy, or that the sitcom has always been on the right side of history when it comes to workin’ women — but it’s all worth examining (both the good and the bad) when tracing the lines from where we’ve been to where we are now, on to where we would like to be in the future. We’ll take you on a visual tour through Women in the Workplace in the great American TV sitcom in the form of a video mix highlighting the triumphs and upsets traversed by our beloved female sitcom pioneers throughout the decades.

Preceded by an introduction by visual history co-curators KJ Relth and Suki-Rose Simakis.