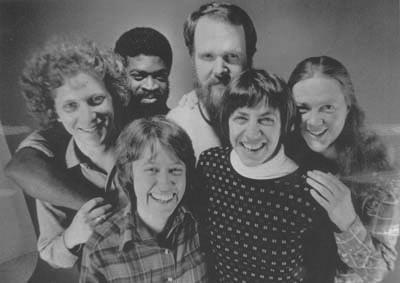 Word is Out: Stories of Some of Our Lives (1977)
Directed by Mariposa Film Group

Widely considered the first feature-length documentary on gay and lesbian identity, Word Is Out: Stories of Some of Our Lives offers a vastly different perspective on American queer lives than the common view of LGBT people at the time. The remarkably moving film presents 26 individuals who, with profundity, honesty and humor, describe their struggles and triumphs in the face of prejudice and discrimination.

Preceded by:
We Were There (1976)
Directed by Pat Rocco

A glimpse at gay pride celebrations in San Francisco and Los Angeles in the U.S. bicentennial year of 1976.
16mm, color, 21 min.