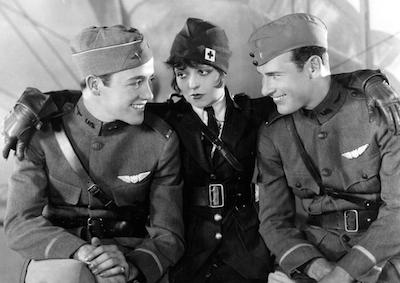 This pioneering aviation picture put director William A. Wellman’s career in high gear after directing silents for various studios. It drew heavily on his own World War I experience as an American flyer for the Lafayette Escadrille. The technically demanding shoot was based in San Antonio, Texas, where Wellman and hundreds of army personnel and extras waited for good weather (sun with clouds, to give the correct sense of space). Though the film won the first Best Picture Academy Award, Wellman was not invited to the banquet. Paramount executives were still sour about his perfectionism, a trait which paid off, however, as the film broke box office records.