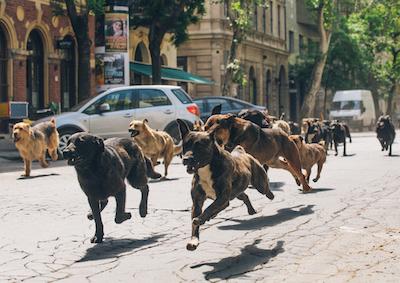 Hungarian writer-director Kornél Mundruczó jacks up the story of a lost pet’s journey home, usually the stuff of children’s films, into a take-no-prisoners thriller that puts some serious bite into the age old question: Who’s more human, us or them? When her mother leaves for a conference, Lili (Zsófia Psotta) must stay with her estranged father (Sándor Zsótér), who takes an immediate dislike to Lili’s dog Hagen. After dad puts the mutt out on the street, Hagen experiences a series of dark, violent encounters with people while Lili desperately searches for him. Eventually thrown into a harsh city kennel, Hagen reaches the end of his leash, rises up and leads a vengeful canine rebellion through the streets of Budapest.