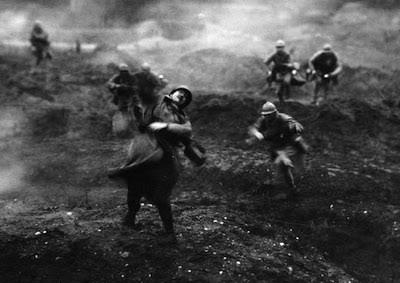 This docudrama of the Battle of Verdun from the French perspective mixes documentary and fictional footage to reconstruct in sometimes painful detail the course of the battle, the narrative punctuated by the p.o.v. of a French and German soldier, an old peasant, a mother and the marshal of the Empire. Premiered at the Paris Opera in celebration of the 10th anniversary of the Armistice, the film has moments of patriotism, but also a balanced view of the Germans.

NOTE: Live musical accompaniment will be provided by Cliff Retallick