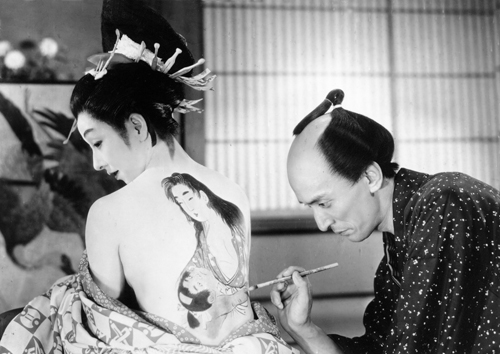 Woodblock print-master Utamaro shuts out the turbulence of the rambunctious 17th-century Edo period by painstakingly and conscientiously practicing his art, with the help of five selflessly devoted models. The outside world refuses to be ignored, though, and an incensed local magistrate devises a particularly insidious punishment for Utamaro by banning him from drawing for 50 days—here there is an echo of director Kenji Mizoguchi’s own struggles for creative freedom under both the censorious wartime government and the American Occupation. This artistic self-portrait is a key illustration of Mizoguchi’s theme of sacrifice: of women for men, and of creator for creation.