‘Up the Down Staircase’ 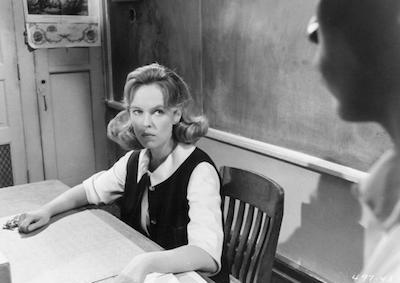 Up the Down Staircase (1967)
Directed by Robert Mulligan

Adapted by Tad Mosel (All the Way Home) from the bestselling autobiographical novel by Bel Kaufman, this poignant social drama follows the education of a young English teacher (Sandy Dennis) assigned to a tough New York City high school. Dennis, perfectly cast here in the lead role soon after her Academy Award-winning supporting performance in Who’s Afraid of Virginia Woolf? (1966), brings an endearing vulnerability to the realistic setting of a Kafkaesque bureaucracy that is failing its troubled students. At once a timely indictment of America’s crumbling public education infrastructure of the late 1960s as well as a moving tale of female empowerment.