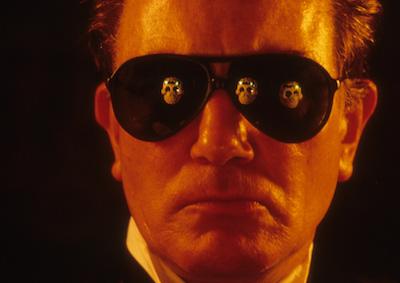 Under the Volcano (1984)
Directed by John Huston

At age 77, John Huston returns to Mexico with cinematographer Gabriel Figueroa for a final time to shoot a candid adaptation of Malcolm Lowry’s intemperate 1947 novel — a project nearly 40 years in the making, previously tackled and abandoned by no less than 50 distinct screenwriters. With this depiction of the final booze-soaked day in the life of a self-imploding British ex-Consul (Albert Finney) and his estranged wife (Jacqueline Bisset), as she watches helplessly while he loses himself in a bottle in 1930s Mexico, one might wonder if there’s room for God in Huston’s end-of-life worldview. In fact, God is not dead, Huston asserts in a Film Comment interview. “I prefer to think of God as away on a bat. Not dead, just drunk.”