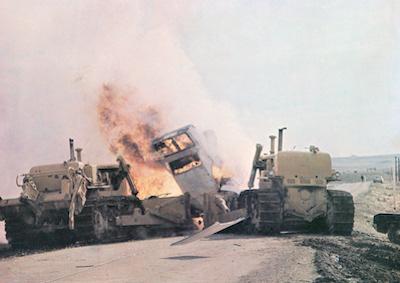 Made by Universal in an attempt to target the same counterculture that adored Dennis Hopper’s Easy Rider (1969), this cross-country road odyssey pits the Driver (James Taylor), the Mechanic (The Beach Boys’ Dennis Wilson) and their stripped-down, souped-up ’55 Chevy against G.T.O (Warren Oates) and his slick new Pontiac in this minimalist amble through American masculinity and post-hippie lonerism. Director Monte Hellman leaves the high-octane thrills at the weigh station, opting instead to encounter the existential moments between the action as our leads — along with the hitchhiking supporting cast, including one “H.D. Stanton” — drive on toward oblivion.

The mysterious Kowalski and the 1970 Dodge Challenger he has been tasked with delivering to Frisco head West at breakneck speed, fueled by little more than amphetamines and high-octane country rock from the airwaves of KOW-FM, in Richard Sarafian’s “hot-rod movie as tone poem” for the post-Easy Rider set. Called “the last American hero” by blind radio disc jockey Super Soul (an ecstatic Cleavon Little), Barry Newman’s Kowalski “aspires to a state of oblivion” as he and his muscle car outrun and evade the authorities in “a picture about speed as Zen state, for both the hero and the audience.”