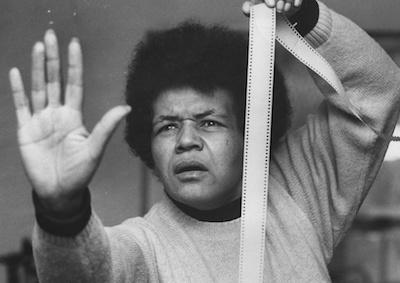 The UCLA Film & Television Archive is honored to again partner with the Black Feminism Initiative at UCLA to present two of Sarah Maldoror’s markedly distinct works: her first short, Monangambé (1969), and her satiric, delightful French television film, Dessert for Constance (1981). Presented in dialogue with each other, the two works construct a nuanced portrait of Maldoror’s unique formal, social and political concerns.

On April 13 of last year, 90-year-old filmmaker, theater artist and mother Sarah Maldoror passed away due to complications from the coronavirus. The African diasporic film director has been remembered over the past year in various posthumous celebrations of her life, and her creative force has become a singular subject of collective rediscovery thanks to the frontrunning curatorial sense of feminist film publication Another Gaze coupled with the efforts of Maldoror’s daughter Annouchka de Andrade, who has tirelessly labored to preserve and share her mother’s legacy.