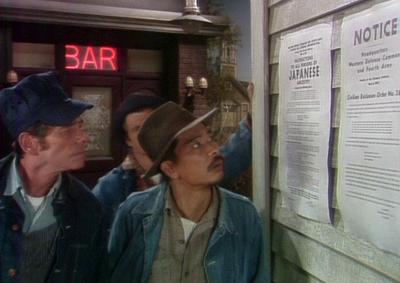 In a pioneering career defined by artistic milestones, Barbara Schultz’ work as producer of the landmark KCET/PBS television anthology, Visions (1976-1980) stands today as a testament to both her immense talent and the glorious, sadly mostly untapped possibilities of the medium. Over the course of four seasons of Visions, Schultz redefined the boundaries of quality television by embracing ethnic and gender diversity, both in front of and behind the camera — reaching dramatic heights (and presenting employment opportunities) to a degree still unrealized by the industry well over three decades later.

Executive produced by Barbara Schultz, the short-lived CBS Children’s Hour premiered in 1969 with this heart-wrenching tale about the transformative relationship that develops between a lonely African-American youth and a sickly, stray cat.

This lovingly staged and beautifully acted teleplay centers on a Japanese-American farming family in the Pacific Northwest confronted with virulent racial prejudice during WWII before their looming internment finally robs them everything for which they have worked.