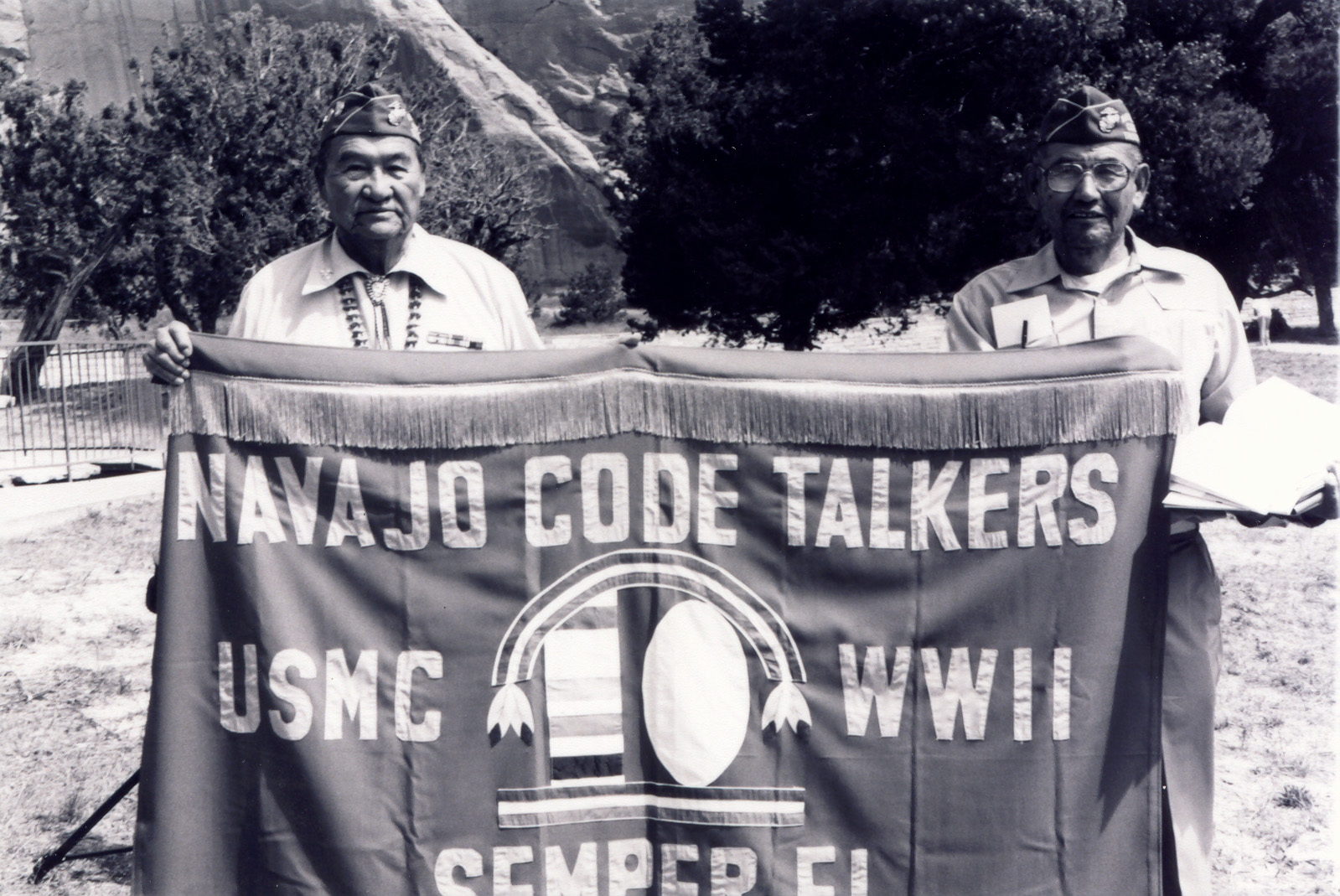 True Whispers (2002)
Directed by Valerie Red-Horse.
Answering the call of the same U.S. government that sought to suppress their culture for generations, the Navajo helped devise a secret code based on their language for use during World War II. This PBS documentary employs first-hand accounts and archival footage to tell this astonishing true story of the Navajo men on the front lines who helped turn the tide of war in the Pacific.

Followed by:
Miami Awakening (2008)
Directed by Sandy Osawa.
This compelling, heartfelt documentary tells the remarkable story of the Miami people (Myaamiaki) of Oklahoma who brought their ancient language back from extinction. With only written records to go on after generations of forced relocation, oppression and assimilation, the Miami people turn to linguists and themselves to relearn and revive their language, the first vital step to reclaiming their culture and their community.