Trouble in Paradise and Angel 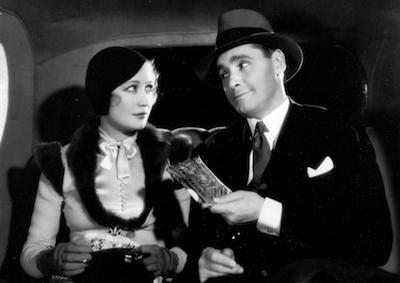 Restored by UCLA Film & Television Archive and The Film Foundation, with funding provided by the George Lucas Family Foundation

The playboy/thief Gaston (Herbert Marshall) meets the expert pickpocket Lily (Miriam Hopkins) on the Riviera, and they, of course, fall in love. In Paris, Gaston gets a job as the personal secretary to a wealthy heiress to a perfume company, Mariette (Kay Francis), hiring Lily as the maid, so they can rob her blind. Unfortunately, while cleaning up the corruption on her company’s board, he also falls in love with her. No director was better at exposing the false morality of the bourgeoisie when pursuing sexual desire. Here, Lubitsch sets up a faux marriage, then turns the relationship into a ménage à trois, which he provocatively suggests may be the best way to keep a sexual relationship interesting and stable. Lubitsch’s direction of actors is almost Pirandellian, with the actors speaking their emotional lines in a virtual monotone, thus creating parodies of romantic love.

Bored housewife Lady Maria Barker (Marlene Dietrich), goes to Paris and finds Anthony (Melvyn Douglas) in the “salon” of a girlfriend. He is looking for sex, but settles for a night of platonic love on a park bench. Unfortunately, Anthony later meets Lord Barker (Herbert Marshall), who has been busy negotiating world peace, and the boys bond over war stories, leaving Maria to decide whether it was all worthwhile. Lubitsch was a master at indicating what the censors would have never let him show, but here there is ultimately nothing to hide, making this comedy one of Lubitsch’s weaker efforts. It didn’t help that the two males were indistinguishable in their colorlessness. Some of the trouble may have been that Lubitsch wanted Dietrich to play a lady, not a tramp, but the actress had her own ideas. By the end of the production, Dietrich and Lubitsch had stopped talking to each other.