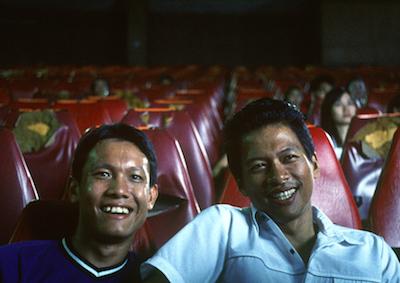 A soldier (Banlop Lomnoi) and a farm boy (Sakda Kaewbuadee) fall hesitantly, tenderly in love at the edge of the Thai jungle, where the soldier is stationed and the boy lives with his family. Before their budding affection can be consummated, however, in the film’s second half writer-director Apichatpong Weerasethakul recasts this everyday tale of desire as enigmatic mythology when the soldier treks deep into the jungle in search of a shape-shifting shaman.