Tribute to Levinson and Link 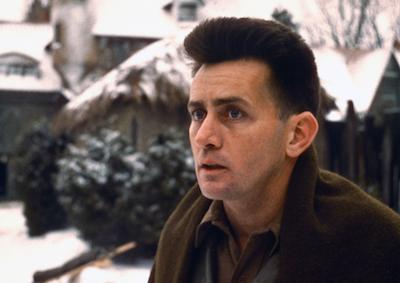 Tribute to Levinson and Link

In an historic collaboration that was active over four decades, writers, producers and best friends, Richard Levinson and William Link were responsible for a remarkable legacy of quality television series and telefilms across genres, including critically-acclaimed projects such as Columbo (1971-2003), My Sweet Charlie (1970) and The Execution of Private Slovik (1974). Inducted into the Television Academy Hall of Fame in 1995, the multi-Emmy award-winning creative team would remain in-demand until Levinson’s premature death in 1987, with Link soon after solo-penning The Boys (1991), a loving tribute to their partnership in the form of a loosely autobiographical telefilm about an inseparable writing duo.

The Execution of Private Slovik (NBC, 3/13/74)
Directed by Lamont Johnson.

Martin Sheen gives a heartbreaking performance in this powerful made-for-television movie dramatizing the last day in the life of Private Eddie Slovik, the only American soldier to be court martialed and executed for the crime of desertion since the Civil War. Nominated for eight Emmys (winner of two) and recipient of a Peabody Award, look for a very young Charlie Sheen in his first screen appearance, as a child in Eddie’s and his bride Antoinette’s wedding scene.

Acclaimed actor Peter Falk will be forever best remembered as the beloved Lieutenant Columbo but, surprisingly, Falk did not originate the iconic part. That distinction belongs to character actor, Bert Freed who stars here as a prototype of the indefatigable detective in the production that would set the template for the innovative storytelling structure of the long-running Columbo TV series.