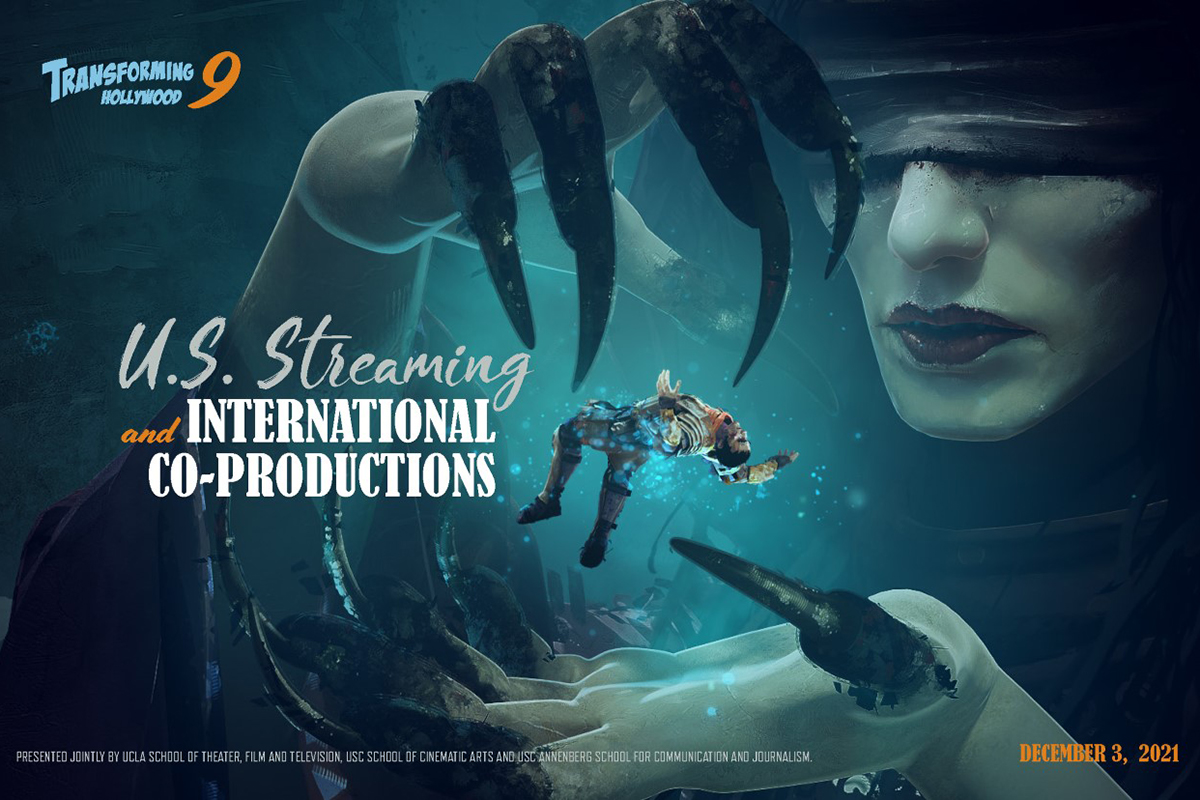 Come join us! Henry Jenkins and Denise Mann, co-directors of Transforming Hollywood, invite you to attend the 2021 TH9 conference on Friday, Dec. 3, 9:00 a.m.-6:30 p.m. PST. RSVP to indicate whether you plan to attend in-person (UCLA Bridges Theater) or via zoom.

CONFERENCE OVERVIEW: The ninth edition of the Transforming Hollywood conference examines the growing prominence of streaming services — a trend that has been accelerated by the Covid pandemic and is reshaping the world of production including international co-productions and the transnational circulation of content and talent. The popularity of streamers is blurring the distinction between cinema and television and impacting the future of the cinema theater-going experience. The changes are having global repercussions and are affecting international collaborations between creators and producers. This edition features media creators, producers, and executives in critical dialogue with top researchers who will examine the ideological challenges and financial opportunities facing local media industries from Central-Eastern Europe, Western Europe, and the Asian Pacific Rim as they forge creative partnerships with Netflix, Amazon, HBO Max, and other U.S. streaming services. The U.S. streamers are competing over high-profile, Game of Thrones-style media franchises that will engage transnational audiences, in many cases by invoking a return of the repressed using familiar Slavic mythologies inhabited by witches, Sylvan, Kikimora monsters, and Dopplers from the Grishaverse, and East Asian mythologies populated by ghosts, vampires, and other tortured souls returning from the afterlife. Local media companies are promoting themselves by providing access to high-tech studios, otherworldly locations, and skilled, inexpensive, labor. The latter includes virtual LED studios using game engine technologies to deliver digitally-generated landscapes and VFX workers with the proven ability to render a multitude of magical creatures to attract transnational audiences. Meanwhile, global fans from diverse territories celebrate their knowing recognition of these aesthetic traditions from the past, many of which invoke the reactionary policies of older, authoritarian regimes while invoking progressive critiques of contemporary post-colonial oppression, which they lovingly detail in their blogs, channels, and wikis. This year’s conference engages with these and other thorny issues that require local media industries to navigate a minefield of socio-economic, cultural-industrial, and ideological battle lines in order to take advantage of the infusions of capital associated with the current streaming wars.