To Be or Not to Be and One Hour With You 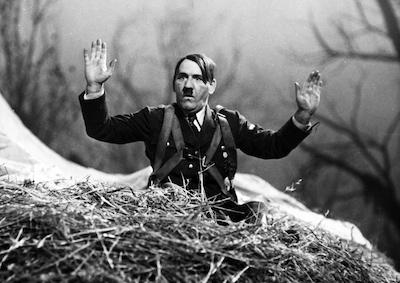 A group of Shakespearean actors in Warsaw are forced to close their theater after the Nazis invade Poland in 1939. When Lt. Sobinski (Robert Stack) sends a message from London to Maria Tura (Carole Lombard), he realizes that the messenger may be a Nazi spy and follows him back to occupied Poland, where the troupe must now play a dangerous game of hide and seek with the Gestapo, going so far as to impersonate Hitler himself. The pompousness of the actors, especially Joseph Tura (Jack Benny) is matched by the pompousness of the Nazis, because in Lubitsch’s world they are all human. As a result, Lubitsch’s brilliant anti-Nazi black comedy was savagely attacked by contemporary critics for making light of Nazism, but the film is now considered a classic. In fact, To Be or Not to Be is a genre-bending work of modernity, mixing reality and theatrical artifice, comedy and drama, pathos and black humor.

One Hour With You (1932)
Directed by Ernst Lubitsch

André and Colette Bertier are happily married when she introduces him to her old school friend, Mitzi, who immediately decides to seduce André. After a valiant fight, André succumbs, leading Colette to take her revenge with Adolphe, but it all ends happily. Essentially filmed from the perspective of André, Lubitsch allows Maurice Chevalier to break through the fourth wall and repeatedly address the audience, making them complicit in his infidelity. This pre-Code comedy is a musical remake of Lubitsch’s The Marriage Circle (1924), and was nominated for a Best Picture Oscar. Like Lubitsch’s previous musicals at Paramount, the film is more European operetta than Broadway musical. Initially, George Cukor was to direct with Lubitsch supervising, but after seeing the initial rushes, Lubitsch took control three days into the production. Cukor sued when his name was removed from the credits, but Cukor was only responsible for single close-up shots.