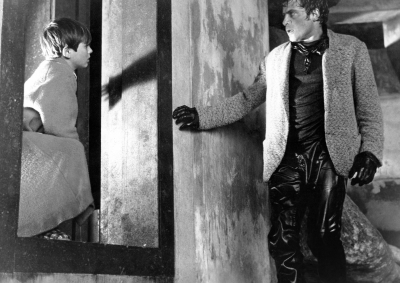 These are the Damned (The Damned) (UK, 1963)
Directed by Joseph Losey.

Originally put off by the science fiction elements of this work-for-hire project, director Joseph Losey emphasized more personal themes of violence, modernity and social control in telling the story of a cadre of radioactive children held prisoner at a secret military base. The result was a hit with British critics, until then cool to the American in their midst, setting the stage for Losey’s undisputed triumph with The Servant (1963).

A resourceful group of British schoolboys, lead by the precocious son of a well-known pacifist, hatch a plan to bring about world peace. Officially credited under the pseudonym Gilbert Holland, screenwriter Donald Ogden Stewart mobilizes this earnest plot to craft a surprisingly sharp critique of empty political posturing, while director Philip Leacock infuses the proceedings with urgency and tension.