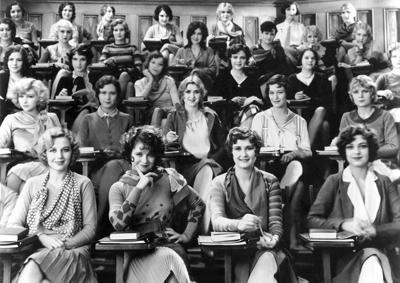 Director Dorothy Arzner guided Clara Bow to a winning performance in this, her first sound feature. Stella is an inveterate partier at an all-girl college. But when a favorite classmate is implicated in a scandal, Stella heroically defends her friend’s reputation at the expense of her own. Rich with pre-Code delights (including furtive, “innocent” bed-hopping with college professors), one may easily detect the film’s insistence on the supremacy of female friendships.

Out-of-work chorine Pansy Gray (Ruth Chatterton) accepts an irresponsible marriage proposal from Neil Dunlap (Clive Brook), an intoxicated dandy, and winds up in high society, to the horror of her newfound “family.” Reforming her dissolute husband and striving to be an honest social success, Pansy is compromised by the flirtations of several men, including Neil’s most important client, for which she is denounced as a seductress.