The Voting Rights Act of 1965 and the Hearst Newsreels 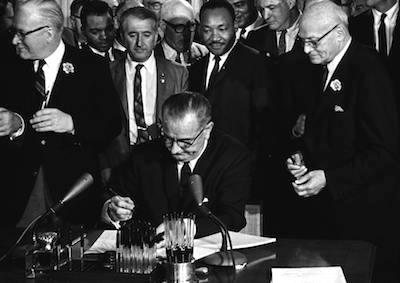 The Voting Rights Act of 1965 and the Hearst Newsreels

The Voting Rights Act of 1965 is one of the landmark pieces of legislation in the 20th century. In addition to newsreels covering the bill’s passage we will be showing President Johnson’s complete “We Shall Overcome” speech. Some of the newsreels to be screened also include coverage of other events of note from 1964 and 1965, among them the Beatles in Holland, Ted Kennedy surviving a plane crash, the death of King Farouk of Egypt, and American troops arriving in San Francisco prior to being sent to Vietnam.