The Village of No Return 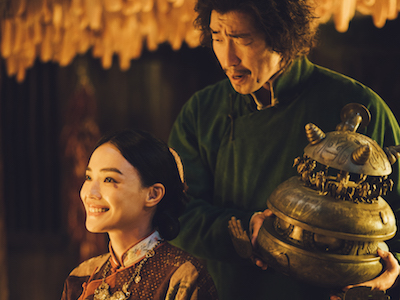 THE VILLAGE OF NO RETURN (Taiwan/China, 2017)
Directed by Chen Yu-Hsun

A local tyrant plans to frame the inhabitants of the pastoral Desire Village in order to take over their land. But a scruffy traveling priest arrives bearing a magical, proto-cinematic device that allows people to forget their painful memories. Then, as the simple minded villagers sink into blissful amnesia, a roving band of guerrilla fighters strikes. Can the downtrodden yet resourceful and clever Autumn (played by Shu Qi, star of Hou Hsiao-hsien’s The Assassin) save her fellow villagers? Chen Yu-Hsun’s frenetic costume drama is the latest example of the Lunar New Year’s comedy, an annual commercial genre designed to span the Taiwan, Hong Kong and China markets during the holiday season.