The Vampire Bat and Almost Married 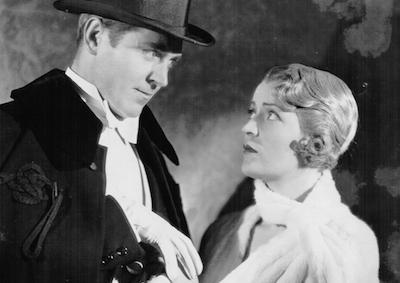 Everybody loves Dr. von Niemann (Lionel Atwill), clueless that he is using a cover story of medieval vampirism to murder the proletariat of Kleines Schloss and gleefully feed their blood to the artificial being he has created (it looks suspiciously like a loofa sponge oxygenating in an aquarium).

With the firing squad at the ready and the Bolsheviks at her heels, Anita Mellikovna (Violet Heming) is given safe passage out of Moscow by embassy attaché Deene Maxwell (Ralph Bellamy). Deene weds Anita, unaware that she is still legally the wife of Louis Capristi (Alexander Kirkland), an incarcerated madman. When Capristi learns of the marriage, he escapes and makes his way to London where he turns the newlyweds’ heaven into a living hell.

Frankenstein is the original 1931 trailer bracketed by “It’s Back!” wraparounds for the 1938 reissue. Like many early trailers it is comprised of outtakes revealing angles and trims not used in the feature. Dracula is the unadorned original trailer and includes variant line readings and a fragment of Edward Van Sloan’s screen test. The Old Dark House trailer features stills and art cards but no footage. All three films were immediate inspiration for The Vampire Bat (1933).