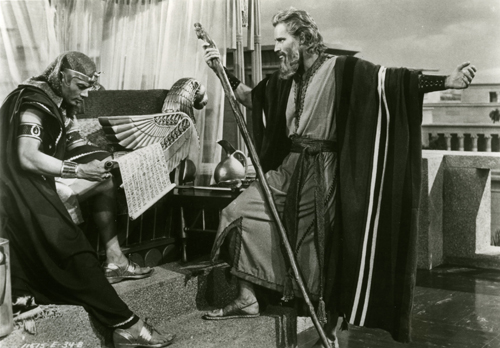 The Ten Commandments (1956)
Directed by Cecil B. DeMille.

When prince Moses of Egypt is exposed as an orphaned Hebrew slave, he is expelled into the desert to die, returning as a prophet to rescue his people from bondage in Egypt. The wealth of kings and the power of the most high are vividly illustrated in Cecil B. DeMille’s final directed work, with no shortage of high design, and replete with a “cast of thousands.” John P. Fulton took away the Academy Award for special effects, and the film abounds with these—notably the pillar of fire and the parting of the Red Sea.