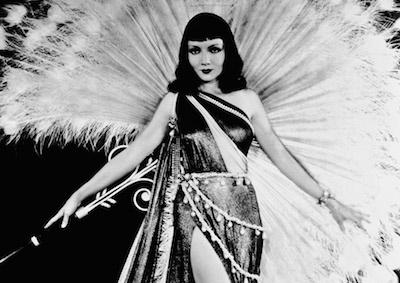 The Sign of the Cross (1932)
Directed by Cecil B. DeMille

If one film was responsible for the grassroots movement that ended four years of “immoral” pre-Code movies, it was not a film starring Mae West or Norma Shearer. It was a film about early Christians. The Sign of the Cross is based on a reverent 1896 play that Cecil B. DeMille had seen as a youth; in 1932, at 50, he wanted to complete the trilogy he had begun with The Ten Commandments (1923) and The King of Kings (1927). He also needed to revive his stalled career, but the odds were against him, as the Great Depression pushed Paramount (which he had co-founded in 1916) into bankruptcy.

DeMille’s use of symbolism, crowds, crane shots, dialectical montage, contrapuntal sound, music cues, multitrack mixing, and even silence is masterly, surpassing the masterpieces made in 1932 by Ernst Lubitsch, Rouben Mamoulian and Irving Thalberg. The Sign of the Cross has another distinction: It is the most graphically violent and sexually explicit feature yet released by a major studio. “This is the boldest censor-bait ever attempted in a picture,” wrote Variety. Reports from packed theaters confirmed this. “At the Rialto,” wrote The New York Times, “women put their hands across their eyes to shut out the dreadful views; others fainted.”

Only Yesterday (1933)
Directed by John Stahl

Only Yesterday made a star of an unknown stage actress, Margaret Sullavan, and presented the story of an unwed mother who is both self-determining and unrepentant. And it was one of the first Hollywood features to depict a gay couple, albeit in an incidental manner. Only Yesterday opens with a harrowing depiction of the 1929 stock market crash, the finale of the 1931 book from which Universal borrowed the title. That book treated the 1920s as a distant, regrettable period, the attitude of many pre-Code films, but John Stahl looks at the jazz era with less disdain, basing his film on the wistful Stefan Zweig novel, Letter from an Unknown Woman.

While 1933 had seen a flurry of flagrantly gay characters, Only Yesterday is the only Hollywood film (of its time) to present a gay couple as a matter of fact. Franklin Pangborn is an interior designer who brings his handsome partner (Barry Norton) to a penthouse party. While these characters are supposed to show the decadence of the twenties, they are sympathetically presented.

Only Yesterday was a box office success, one of Universal’s few in 1933, but producer Carl Laemmle Jr. had to fight the Studio Relations Committee (the Production Code office) to retain its gay characters and its heroine’s independence. These plot elements would have been impossible to film a year later, after the Code had been reconstituted. Indeed, the film’s reissue was repeatedly rejected by the Production Code Administration in the mid- to late ’30s.

Director: John Stahl. Screenwriter: William Hurlbut, Arthur Richman, George O’Neil. Based on the German novel Briefe einer unbekannten by Stefan Zweig, translated as Letter from an Unknown Woman by Eden and Cedar Paul; and on Only Yesterday: An Informed History of the Nineteen-Twenties by Frederick Lewis Allen.

In Person: Author Mark A. Vieira will sign copies of Forbidden Hollywood: The Pre-Code Era before the screening.