The Road Back and Johnny Got His Gun 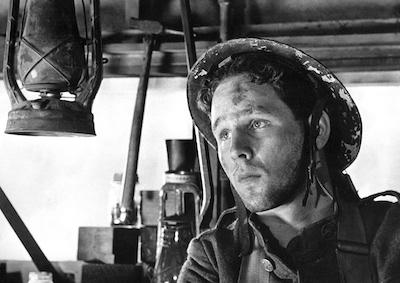 Based on Erich Maria Remarque’s eponymous novel, a group of German infantrymen experience the Armistice and return home, where they find the growing shadow of authoritarian rule. Director James Whale, who experienced World War I first hand in the trenches of the British Army, saw his uncompromising pacifist film watered down after the Nazi Consulate in Los Angeles complained. This restoration by Universal Studios includes for the first time many scenes that the company had eliminated in the 1939 release version.

Johnny Got His Gun (1971), directed by Dalton Trumbo

A young American soldier is hit by an incoming mortar shell on the last day of World War I and wakes up in a hospital, a quadruple amputee, who has also lost his eyes, mouth and ears. He struggles to communicate with the world outside his imagination, finally learning to tap messages in Morse code with his head. Based on Trumbo’s best-selling novel, this was his first and last directorial effort after being blacklisted, winning two prizes at the Cannes Film Festival.