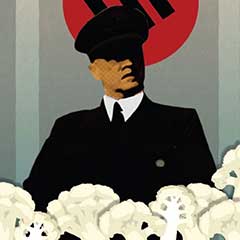 “The American gangster movie meets Richard III” — The Guardian
“…few people are likely to leave ‘Arturo Ui’ thinking how scary it is in its topicality.” — Ben Brantley, The New York Times