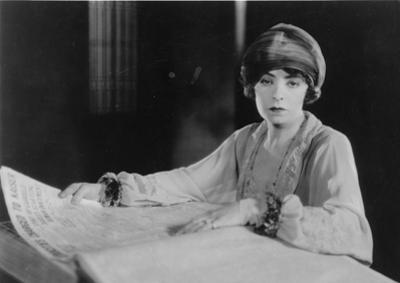 Director Dorothy Arzner’s screenplay adaptation of Adela Rogers St. John’s sensational story emphasizes women’s extreme and often impossible dilemmas. Young Gabrielle Darley has been lured into prostitution by a man who trifled with her emotions…and whom she ultimately murders. Becoming the ward of a self-aggrandizing socialite, Gabrielle sees another dead end and only wishes to better herself, but she faces many trials in transcending her status as a symbol.

Dorothy Arzner’s early association with director James Cruze led to opportunities that partly facilitated her extraordinary rise to director status. Here, she co-wrote, was script supervisor of, and edited a rollicking 18th-century sea adventure of naval confrontations with pirates, featuring a shipboard romance of such ardor it literally rocks the boat.

Note: Live musical accompaniment will be provided by Cliff Retallick.