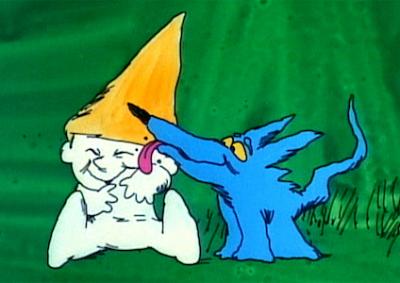 On the heels of his Grammy win for “Everybody’s Talkin’,” pioneering singer-songwriter Harry Nilsson penned his psychedelic sixth studio album and quickly adapted it into an animated TV film, first airing in 1971 as an ABC Movie of the Week. This bedtime story — narrated à la The Princess Bride not by Peter Falk, but a post-Midnight Cowboy Dustin Hoffman for its original broadcast — begets an outsider tale of young Oblio (voiced by Mike Lookinland, the original Bobby Brady!) whose seemingly “point-less” existence leads to his exile from The Land of Point and into a journey of self-acceptance alongside his trusty K9, Arrow. The Point‘s visual style deals in psychedelia strange enough for animation aficionados, yet safe and inviting enough for youngins, with an earnest message of tolerance forming its cross-generational heart.

Special thanks to Una Nilsson, Fred Wolf and Lee Blackman.