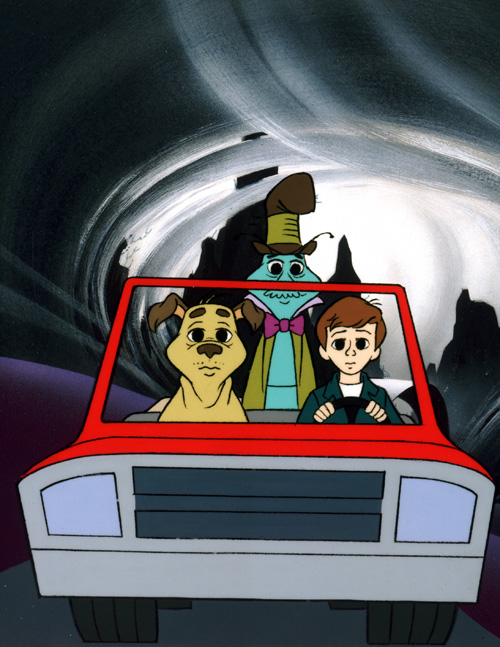 A mysterious tollbooth and a toy car transport young Milo to a magical, topsy-turvy world where letters are at war with numbers. Accompanied by the “watchdog” Tock, Milo embarks on a fantastical adventure to reunite the Kingdom of Wisdom in this live action/animated film based on the children’s book by Norman Juster.