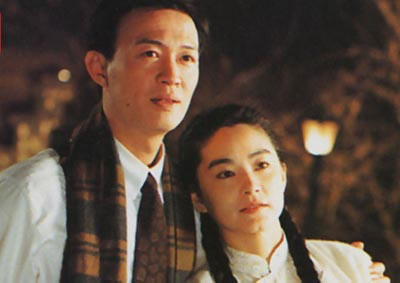 Taiwan’s Stan Lai is among the world’s most important theater directors. His most famous work, “Secret Love for the Peach Blossom Spring,” upended just about every convention of Chinese theater when it premiered in 1986, mere months before martial law was lifted; six years later, he adapted the play into a film which itself radically challenged the principles of filmed opera, featuring remarkable innovations in staging, the use of song and dialogue, and the convention of the “fourth wall.” Two theater companies unwillingly share the same theater on the same night, one rehearsing an epic melodrama of star-crossed love set against the turmoil of 1949 Shanghai, the other a madcap comedy. The stories of the two plays soon begin to overlap, revealing a shared concern with how the Taiwanese, traumatized by war and political terror, might retain a respect for the past without succumbing to its nightmares. Lai attracted exceptional collaborators to the project: legendary cinematographer Christopher Doyle (Du Ke Feng), who shoots the film with an uncharacteristic restraint that gracefully extracts the work from the proscenium; and the magnificent Brigitte Lin, Taiwan’s most famous actress, herself a living metatext for Taiwan’s rebirth and re-engagement with the world. “A Brechtian-infused exploration of nationhood, storytelling, and the art of theater” (Film Society of Lincoln Center).