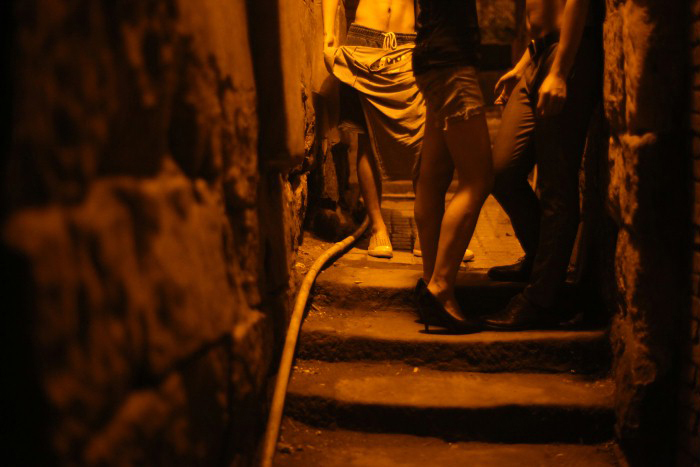 The Night / Ye (China, 2014)
Directed by Zhou Hao.
Filmmaker Zhou Hao’s admirable first feature introduces a young male and female prostitute who become friends while working in the same narrow, urban alleyway, and a young man who loses his heart to the male hustler. A delicately orchestrated sequence of emotional exchanges in this triangle offer myriad negotiations of intimacy, and of short and long-term survival, for all involved.

Preceded by:
I Love You, Boss / Lao Banm, wo ai ni (2014)
Directed by Zhang Yuan.
A young driver, working for a well-to-do, handsome employer, seeks to infuse his consummate professionalism with more than a hint of the personal.