The Murder of Fred Hampton 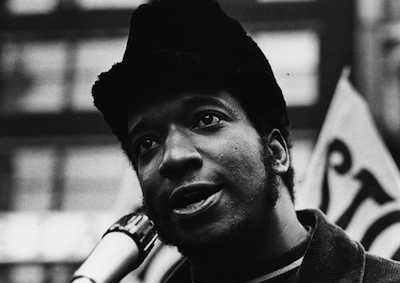 The Murder of Fred Hampton (1971)
Directed by Howard Alk

A group of independent filmmakers in Chicago, fashioning themselves as The Film Group, set out to profile Chairman Fred Hampton, the charismatic, 21-year-old leader of the Illinois chapter of the Black Panther Party, and ended up documenting the last nine months of his life. During production, in the early morning of December 4, 1969, Hampton’s apartment and Party hangout was raided by officers assigned to State’s Attorney Edward V. Hanrahan. During the ensuing assault, Hampton and Mark Clark were killed and four others wounded. As the film goes on to argue, the raid was unlawful and Hampton’s death was, in effect, an assassination.

Through a project initiated by Temple University social worker Harold Haskins came this dramatized documentary created by inner city high school students in Northern Philadelphia. With the students creating everything from the credits to the soundtrack, this short is an early example of modern, independent African American filmmaking. With its raw, avant-garde feel, it shows a unique view into street life through the lens of gang members themselves. The Jungle was named to the National Film Registry in 2009.