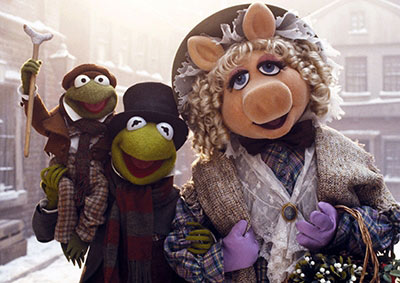 Enlivened by the antics of all your favorite Muppets, including Kermit the Frog (as Bob Cratchit), Miss Piggy, Gonzo and Fozzie Bear, this rollicking, endearing take on Dickens’ Christmas classic features Robin the Frog as Tiny Tim and also stars Michael Caine as the hard-hearted Ebenezer Scrooge, who is whisked off on a musical, whirlwind journey through Christmases past, present, and future.