The Mad Game and 365 Nights in Hollywood 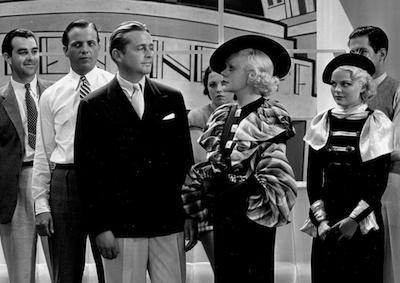 Released a year after the Lindbergh kidnapping, The Mad Game stars Spencer Tracy as a notorious gangster released from prison to find the abducted son and daughter-in-law of the prominent judge who sentenced him.

A washed up movie director, Jimmy Dale, is inveigled into a confidence scheme involving a fake movie, but when pretty blonde Alice Perkins appears among the wannabes, Dale decides to actually make the picture.