The Lost Moment and The Way of Peace 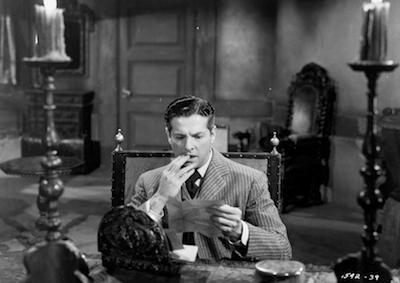 The Way of Peace (1947)
Directed by Frank Tashlin

Produced for the American Lutheran Church, with original conception and technical supervision by Reverend H.K. Rasbach, the unorthodox animated religious short The Way of Peace graphically illustrates how man’s inhumanity to man could ultimately lead to the irreversible destruction of Earth. Written and directed by Frank Tashlin with photography and puppet design by noted special effects pioneer Wah Ming Chang, the uncompromising work artfully employs miniatures and stop-motion to examine the dire consequences of human conflict, including scenes of the crucifixion, lynching and Nazi fascism. The dark cautionary tale culminates with the depiction of a devastating global atomic holocaust.

Subjectivity informs Slavko Vorkapich and John Hoffman’s Moods of the Sea, a lyrical documentary utilizing Felix Mendelssohn’s “Fingal’s Cave” as musical accompaniment. Opening with a view from a cave onto the ocean, the film orchestrates images of a powerful natural environment: giant waves breaking on the shore, cliffs towering above the surf, a gull flying overhead, otters playing in the waves, clouds gathering, the sun setting on the horizon. True to Vorkapich’s interest in montage, the images from the constantly moving camera are cut precisely to the music, and each sequence reaches a rhythmic crescendo with the melody, emphasizing the subjective nature of the camera’s point of view.