‘The Lost Man’ and ‘Edge of the City’ 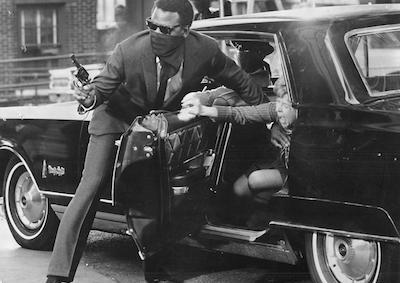 Robert Alan Aurthur provided the screenplay adaptation for this social drama and thriller hybrid, his only directorial effort, which stars Sidney Poitier as a black militant on the run from the establishment. Upon release, critics noted that the role was an expansion of sorts for the icon Poitier, who was fresh off a string of hit films, including For Love of Ivy (1968), that were more conventional than a timely tale of Black power and organized resistance. Featuring an innovative jazz and funk-tinged score by Quincy Jones, Aurthur’s work foreshadows the soon-to-emerge Blaxploitation genre of the 1970s with an ultra-cool Poitier commanding the screen while glowering through dark shades.

Edge of the City (1956)
Directed by Martin Ritt

Originally titled A Man is Ten Feet Tall and produced for the anthology Philco Television Playhouse, Robert Alan Aurthur’s adaptation of his social drama concerns the then-controversial themes of interracial friendship and the racist working conditions faced by African-American longshoremen in New York. Sidney Poitier, who also starred in the TV version, brings power and grace to the film as counterpoint to the nervous, edgy intensity of co-star John Cassavetes (in a role originated by Don Murray on TV). While the NAACP praised the film for its provocative and progressive approach to issues of racial intolerance and integration, the film’s box office was negatively impacted by low interest in the South.