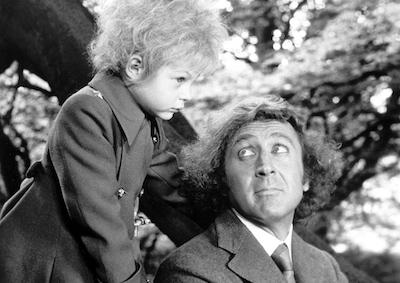 Of course only Stanley Donen, famous for his 1952 film Singin’ in the Rain, could come up with the idea to turn Antoine de Saint-Exupéry’s beloved 1943 novel into a campy Technicolor musical. He joined forces with the famous lyricist and librettist team Alan Jay Lerner and Frederick Loewe, of Brigadoon (1954) and My Fair Lady (1964) fame, and trusted on the talents of two stellar sidekicks — Bob Fosse as The Snake, and Gene Wilder as The Fox. Fosse, who had complete control over his “moonwalk” dance routine, certainly inspired Michael Jackson when he slithered all in black. And Wilder, all in orange, has one of the film’s most memorable scenes when he tells the little prince that “it’s only with the heart that one can see clearly; what’s essential is invisible to the eye.” Bring your parents to this astounding piece of widescreen storytelling, because “All grown-ups were once children…but only few of them remember it.”