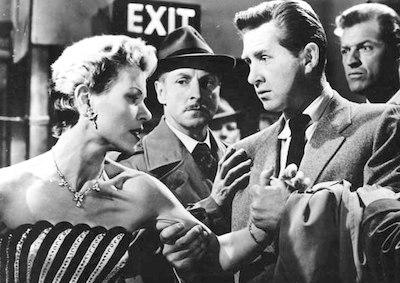 Newly arrived in Britain as an exile, facing serious questions as to his ability to work there (director Charles de la Tour was paid to front for Cy Endfield at this point), or even to renew his U.S. passport, Endfield directed this feverish mystery about an American (Lloyd Bridges) rejoining an old lover in London, but caught up in a series of disorienting intrigues involving murder and international smuggling.

Followed by:
The Master Plan (UK/USA, 1955)
Directed by Cy Endfield

By 1955 assuming the pseudonym "Hugh Raker," as a concession to U.S. distributors still wary of Cy Endfield’s supposed Communist taint, the director undertook this low-budget, British thriller about intrigues in a high-security NATO office in central Europe where espionage is suspected, and a visiting American major is caught up in a sinister "brainwashing" scheme that compromises international security.