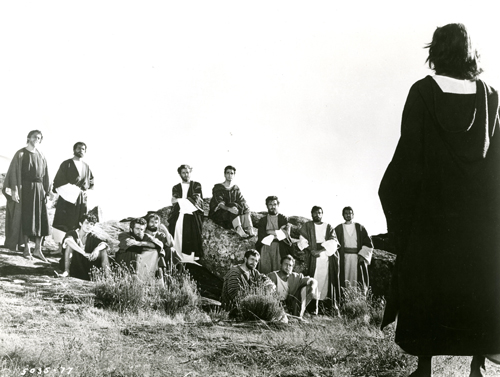 An enormous hit from director Cecil B. DeMille’s independent production phase, this telling of the life of Christ is a masterpiece of pictorial arrangement, offering the essential episodes of the Biblical story as devotional tableaux, capped with teeming sequences of intense, dramatic action (in particular, the crucifixion). H. B. Warner’s wan, ethereal Jesus is breathtaking, setting the tone for his entire future career—even as scenes of Mary Magdalene’s redemption display the old DeMille appreciation for excess. The Archive will screen the roadshow version of the film, featuring color sequences, and a greater running time than the general release version.