The House Is Black, Dawn of the Cold Season and Brick and Mirror 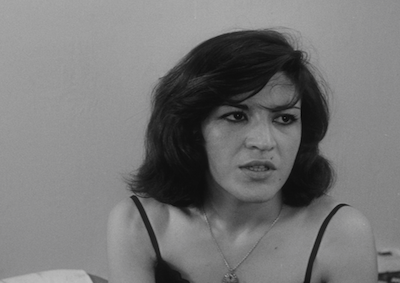 The House Is Black(1962)
Directed by Forough Farrokhzad

Forough Farrokhzad was already one of Iran’s leading contemporary poets — as well as its most controversial — when she started work on this short documentary about a leper colony in Tabriz with the support of filmmaker Ebrahim Golestan, who acted as her producer. Farrokhzad’s only film before her untimely death in 1967, The House Is Black is a landmark work of lyrical power and humanity that helped launch the Iranian New Wave in the decade before the revolution.

Dawn of the Cold Season (2015)
Directed by Sussan Deyhim

Internationally renowned performance artist Sussan Deyhim created a series of four video installations inspired by her personal meditations on Forough Farrokhzad’s life and the potent feminism of her poetry as part of her mixed media performance Dawn of the Cold Season. We present those video works here before an incisive conversation between Deyhim and one of her key collaborators, Prof. Ahmad Karimi-Hakkak, on the contemporary resonance of Farrokhzad’s work and legacy.

Painstakingly restored from the original camera negative, outtakes and a surviving release print, Brick and Mirror returns to the big screen to take its rightful place as a milestone of Iranian and international post-war cinema. Already a giant of letters in Iran, writer-director Ebrahim Golestan turned to documentary filmmaking in the early 1960s and Brick and Mirror has an urgent street-level feel. After a taxi driver discovers a baby abandoned in the back seat of his cab (the desperate mother played by Forough Farrokhzad), he frantically hunts for a way to pass it on. Over a single long night, his search grows increasingly allegorical as it reveals a self-satisfied, corrupt urban elite and intellectual class unable to grasp the roots of its own demise.

Restored by the Cineteca di Bologna